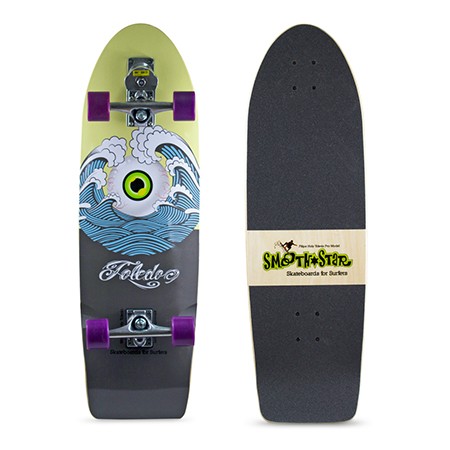 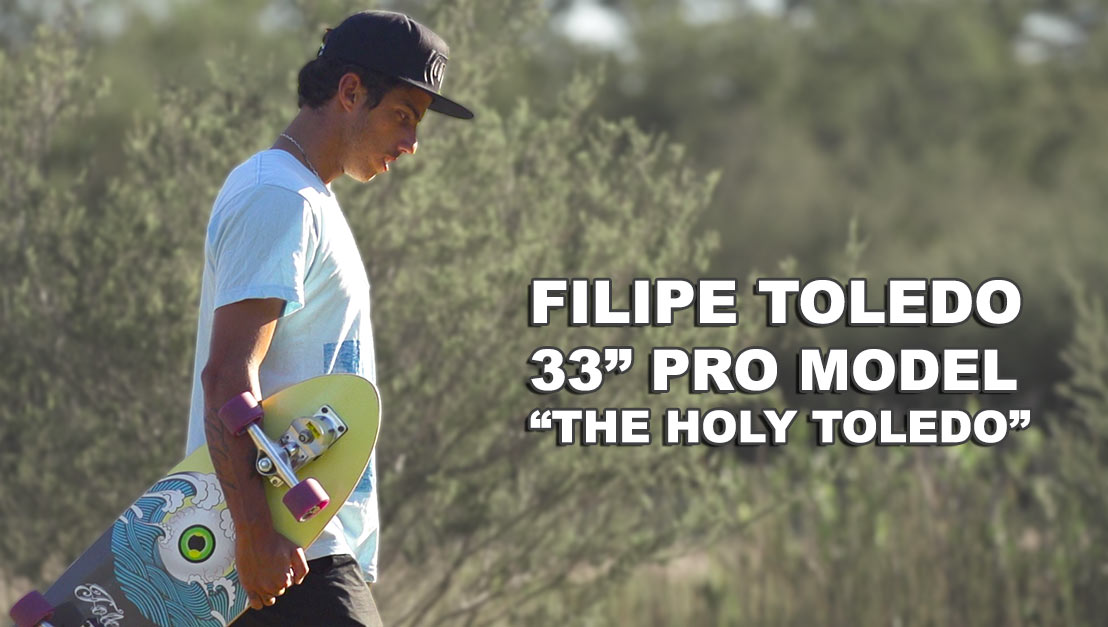 Who is Filipe Toledo?

The design of the deck design features many aspects of Filipe including his green eyes and the Toledo family tattoo. On the deck, it has the Filipe Toledo trademark aerial assault.  It is finished in a sandy yellow/blue/grey.

The deck concave and tail is perfect for surf carving the streets. The deck is wider than most other skateboards so it helps your keep your line when you are drawing out your bottom and top turns.

There are no reviews yet.

Be the first to review “33″ Holy Toledo” Cancel reply